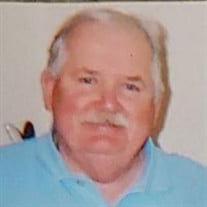 Charles R. Long, 77, of Hampshire, formerly of Franklin Park, passed away suddenly Wednesday morning, June 24, 2020, in Elgin. He was born Nov. 23, 1942, in Chicago the son of Charles and Genevieve (Grabarski) Long. Chuck married Judith W. Kindness on Nov. 14, 1964, at St. Giles Catholic Church in Oak Park. They resided in Franklin Park and Lakewood before moving to Hampshire in 2002. Mr. Long was a longtime Union Electrician for IBEW Local #134 and a former electrical inspector for the Village of Franklin Park. Many of his friends knew him as Charlie Tuna. He was an avid bowler, participating in several leagues and tournaments. He could make friends easily and would do anything to help a friend. He also enjoyed his 1967 Chevy Nova. Surviving is his daughter, Judy Long; and granddaughter, Sammantha Long; a brother, Ralph (Mary Rose) Sarenac, and countless good friends. He was preceded in death by his parents; his wife, Judith on Dec. 12, 2019; daughter, Kathleen on May 4, 2004; and son Michael on March 7, 2011. Mass of Christian Burial will be celebrated at 11 AM Tuesday, June 30 at St. Charles Borromeo Catholic Church, 297 Jefferson Ave., Hampshire. Visitation will be prior to mass from 9:30 to 10:30 AM Tuesday at Fredrick Funeral Home, 284 Park St., Hampshire. Following cremation, Burial will be in the St. Charles Borromeo Cemetery. In lieu of flowers, memorial contributions in his name should be directed to St. Vincent De Paul Society or to the Burlington-Hampshire Food Pantry.

The family of Charles R. Long created this Life Tributes page to make it easy to share your memories.

Send flowers to the Long family.