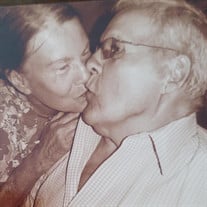 Diana M. Schmitt, 82, of Burlington, passed away early Christmas morning, Dec. 25, 2020, in her home with her family at her side. She was born Sept. 13, 1938, in Geneva, IL., the daughter of Dale and Goldie (Peddicord) Ganoe. Diana was a member of the 1956 Class of St. Charles High School. She married John L. Schmitt on April 7, 1956, at St. Patrick Catholic Church in St. Charles and they have resided in the Burlington area since 1968. She was the beloved wife of a dairyman until opening up her own food company in the ’90s. She was the proud owner of Diana’s Specialty Foods and of course, was a great cook. Diana was active with her kids in 4-H and she and John loved to travel, having visited all seven continents. Surviving are her husband, John; three children, Debbra (Hal) Langham, Bill (Paula) Schmitt, Joan (Steve) Lodge; three grandchildren, Dallas Langham, Valerie Webb, and Dustin Lodge; six great-grandchildren, Summer Langham, Tyler Allen, Dylan Lodge, Linzy & Shane Pollard, Luxton Langham; nephews, Steven Lind (Todd Axtman), Chris Lind, and Brian (Stacey) Lind. She is preceded in death by her parents, son, Roger; and a sister, Donna (Dale) Lind. Private services will be held for the family with burial in the St. Charles Borromeo Cemetery in Hampshire. Condolences and if desired memorial contributions in Diana’s name can be made to the DeKalb Co. Animal Shelter or the Burlington-Hampshire Food Pantry c/o John L. Schmitt, 49W619 Plank Rd., Sycamore, IL 60178

The family of Diana May Schmitt created this Life Tributes page to make it easy to share your memories.

Send flowers to the Schmitt family.