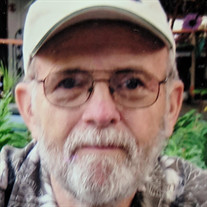 George Earl Bean, 88, of Sycamore, formerly of Hampshire passed away Saturday night, Oct. 20, 2018 in his home. He was born Dec. 29, 1929 in Sycamore the son of Earl and Margaret (Petrie) Bean. George was a member of the 1948 Class of Hampshire High School. He married Joyce E. Kraft (whom he met in college) on June 7, 1952 at the Congregational Church in DeKalb. George was a longtime farmer and had also raised cattle. He retired from farming in the early 90’s and began a second career selling farm real estate. He had remained active in the business until shortly before his passing. George had been a longtime active member of the First United Methodist Church in Hampshire serving many years on church boards. He also participated in the Conference boards of the Church. He had a great sense of humor and enjoyed talking with the neighbors while walking the dog. With Joyce, they enjoyed winters in Bradenton, Fla and days at the house on the Mississippi River near Rapid City, IL. Surviving are his wife, Joyce; children, Dave (Linda) Bean of Hampshire, Susan Bean of Sycamore, Jonathan (Jeannie) Bean and Tim (Grace) Bean both of Hampshire; 6 grandchildren, Matthew Bean, Samantha (Rich) Szymanski, Daniel (Jen) Bean, Nicole (Travis) Schultz, Shantal (Mat) Montoya, and Candice Wilke; 11 great-grandchildren, Madalyn, Tyler, Macey, Owen, Aubrey, Eli, Elaina, Izaac, Ryland, Xander, and Avery; two sisters, Peggy Gross, and Janette Vincent; and several nieces and nephews. He was preceded in death by is parents; and two brothers-in-law, Jack Gross, and Keith Vincent. Memorial Services will be held Saturday, Nov. 3, 2018, at 11 am at First United Methodist Church, 207 E. Grove Ave., Hampshire. Visitation will be prior to services from 9:30 to 11 am on Saturday at the church. Private Cremains Burial will be held at the Hampshire Center Cemetery at a later date. In lieu of flowers, memorial contributions in his name may be directed to First United Methodist Church, or the Hampshire-Burlington Food Pantry, PO Box 651, Hampshire, IL 60140.

George Earl Bean, 88, of Sycamore, formerly of Hampshire passed away Saturday night, Oct. 20, 2018 in his home. He was born Dec. 29, 1929 in Sycamore the son of Earl and Margaret (Petrie) Bean. George was a member of the 1948 Class of Hampshire... View Obituary & Service Information

The family of George Earl Bean created this Life Tributes page to make it easy to share your memories.

Send flowers to the Bean family.