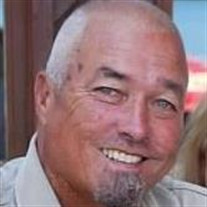 James “Mike” Hartman, 66, of Hampshire passed away suddenly in his home on Wednesday, Aug. 28, 2019. Mike was born on April 5, 1953, in Elgin the son of Leonard and Jean (Helfvogt) Hartman. Mike married Janet L. Geltner on October 27, 1973, in Elgin. They moved to the country in 1979 and built their family home in Hampshire, IL. Mike worked for the municipality of Elgin for 37 ½ years as a chief operator of the Fox River Water Reclamation District. He loved to be outdoors whenever he could – he enjoyed riding his Harley, boating, fishing, planting trees, and taking his grandkids for club cart rides. He treasured his family traditions such as his annual vacation to Wisconsin and Christmas trips to the zoo. Mike had a very patriotic soul, he was a proud gun enthusiast and loved his country. He was a long time active member of the Fraternal Order of Eagles in Gilberts, IL. Mike was most proud of his family and is survived by his wife of 45 years, Janet; three daughters, Brook (John) Orlando of Stillman Valley, Christa (Eric) Poss of St. Charles, Lea (Shea) Bierman of Byron; 9 grandchildren, Jack, Aidan, Julia, Michael, Alec, Ava, Abigail, Gwenyth, and August; a sister, Kathleen Meier; brother, Bruce (Barbara) Hartman; sister-in-law, Pamela Hartman; and numerous nieces and nephews. Mike had a strong Christian faith and has left a legacy to his family and an example to all who knew him. He is dearly missed by his loved ones, who celebrate the fact that he is at peace now with his creator. He is preceded in death by his parents; and a brother, Leonard Hartman. Funeral Services will be held at 11 AM Wednesday, Sept. 4, at Fredrick Funeral Home, 284 Park Street in Hampshire. Following cremation, private burial will be in the Hampshire Center Cemetery. Visitation will be Tuesday, Sept. 3, from 3 to 8 pm. In lieu of flowers, memorial contributions in his name may be directed to the Lupus Society of Illinois at https://www.lupusil.org/donate/.

The family of James Michael Hartman created this Life Tributes page to make it easy to share your memories.

James “Mike” Hartman, 66, of Hampshire passed away suddenly in...

Send flowers to the Hartman family.