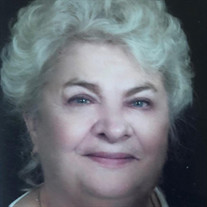 Karen Elizabeth Hartman, age 77, died peacefully surrounded by her family on November 19th, 2021 in Rockford, Illinois. Karen was born on October 10th, 1944 in Belvidere, Illinois to Harold Arthur and Helen Elizabeth Wilcox of Marengo, Illinois. She was a lifelong Marengo resident. Karen was a graduate of Marengo Community High School and pursued a Bachelor’s Degree in Elementary Education at Northern Illinois University. Karen later went on to receive a Master of Arts in Curriculum and Instruction from Concordia University. She married Robert (Bob) L. Hartman on November 20th, 1965 at Sacred Heart Church in Marengo, Illinois. They had four beautiful children: Tim, Julie, Melissa, and Erin, all raised in the same house that Karen grew up in. Karen and Bob would have celebrated their 56th wedding anniversary the day after her passing. Bob’s unconditional love and devotion toward Karen was unending, especially throughout her hardships as she struggled with her health. An elementary school teacher for 34 years, Karen started her career in Woodstock before quickly moving to the Marengo-Union school district. Over the years, she touched the lives of many students and their families. Both inside and outside of the classroom, Karen was always putting others first. As a pillar of the community, she started and helped organize many school events, including Farm Day and The Polar Express train ride. Karen had many hobbies including sewing, quilting, stamping, reading, cooking, baking, teaching piano and organ lessons, playing cards (she was a skilled Pinochle and Skip-Bo player), and watching Chicago sports teams and college football, especially Notre Dame. She had a fun-loving banter with her son, Tim, between the Chicago Cubs and the St. Louis Cardinals. Karen was also involved in the Sacred Heart Rosarians, the Delta Kappa Gamma sorority, and volunteered for countless years for the Marengo Community High School Marching Indians. As someone who valued the world around her, Karen loved to travel. She often told her children that the single best education they could receive was expanding their worldview through travel. After her retirement in 2004, Bob and Karen traveled to many areas across the continental United States, with their favorite destination being Big Cedar Lodge in southern Missouri. Some of her most cherished memories from Big Cedar included celebrating their 40th wedding anniversary with their extended family, their youngest daughter’s wedding, and annual summer trips. Her friends were one of the things Karen loved most. With friends scattered across the country and throughout Marengo, she always enjoyed social gatherings. From the early days of the card club gang to their more recent Friday night fish fries and Pinochle, it was surrounding herself with the people she loved that brought her the most joy. She is survived by her husband of 56 years, Robert (Bob) L. Hartman, her four children; Robert T. (Tim) Hartman of St. Louis, Missouri, Julie Mateja (Robert, Jr.) of Marengo, Melissa Hartman of Marengo, and Erin Pawelko (Daniel) of Marengo, five grandchildren; Andrew Mateja, Alexandria Mateja, Tory Pohlmann-Hartman, Lillian Pawelko, and Caden Pawelko. Karen was preceded in death by her parents, Harold A. and Helen E. (Schneider) Wilcox. Visitation will be held on Tuesday, November 30, 2021, from 4-8 p.m. at Sacred Heart Catholic Church, 323 N. Taylor St., Marengo, in the Parish Hall. Visitation will continue on Wednesday in the Parish Hall from 9:30 until time of prayer at 10:30. Funeral Mass to be held Wednesday, December 1, 2021, at 11 a.m. at Sacred Heart Catholic Church, Marengo. In lieu of flowers, donations can be made to Marengo-Union School District #165, 816 E. Grant Hwy, Marengo, IL 60152.

The family of Karen E. Hartman created this Life Tributes page to make it easy to share your memories.

Send flowers to the Hartman family.