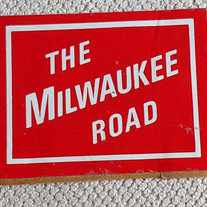 Paul W. Davis, 86, of Hampshire, passed away Saturday morning, Dec. 12, 2020, at Sherman Hospital in Elgin. He was born April 3, 1934, in Moville, Iowa the son of Don and Edna (Washburn) Davis. Paul married Dixie Mae Morey on Oct. 4, 1954, in Salix, IA and they resided in many different locales across the country from Virginia to Arizona, with stops in Iowa, Wisconsin, Pennsylvania, and Montana. He has been a Hampshire resident since 1985. Paul served in the US Army from 1957 to 1959. He was a heavy equipment supervisor with the Milwaukee Road Railroad retiring in 1985. He then worked for Modern Track Machinery of Elgin for over 20 years. In his retirement, he became the neighborhood fix-it man, specializing in small engine repair. He also helped the local Girl Scouts and enjoyed crafting yard art. He is survived by his four children, Floyd and his beloved daughter-in-law Cherilynn Davis, Roger Davis, Janace Davis; and son-in-law, Wayne Barrett; 11 grandchildren; 17 great-grandchildren. He is preceded in death by his parents; his beloved wife of 66 years, Dixie Mae; and daughter, Barbara Barrett on September 13, 2019. Paul will be cremated and his cremains will be buried at the Arlington Cemetery in Moville, Iowa at a later date.

The family of Paul W. Davis created this Life Tributes page to make it easy to share your memories.

Send flowers to the Davis family.