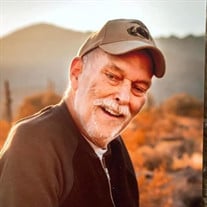 Philip S. Golbeck, 76, of Surprise, AZ, formerly a long-time resident of Crystal Lake, passed away on Saturday, April 16, 2022, at his home surrounded by family and close friends. He was born Oct. 15, 1945, in Elgin the son of Bernard and Nancy (Scott) Golbeck. Phil attended Marion Central Catholic High School and graduated from Crystal Lake High School. He was a U.S. Marine Corps veteran having served during the Vietnam War. Phil was the co-owner of Golbeck Milota, an electronic component firm for over 20 years. He was an avid golfer and a long-time member of Woodstock Country Club where he served several years as president and was a former Club Champion. He enjoyed many golf trips with his friends, especially to Minnesota, Texas, and North Carolina. Phil was a devoted member of St. Thomas The Apostle Catholic Church in Crystal Lake and a supporter of the Tunnel 2 Tower Foundation. Surviving are his wife, Jodi Blomquist Golbeck, whom he married June 21, 2001; his children, Philip Scott Golbeck, Jr, Amy (Justin) Bucheger, and Sean (Valerie) Golbeck; step-daughter, Paige (David) West; five grandchildren, Chase, Kayla, Ryan, Sawyer, and Ashley; siblings, Richard, John (Irene), Robert (the late Nancy), Steven (Debbie), and Annette (Wayne) Petersen; sister-in-law, Gloria Golbeck; and many nieces, nephews, and good friends. He is preceded in death by his parents; and a brother, Christopher. A Memorial Mass of Christian Burial will be celebrated on his birthday, Oct. 15, 2022, at St. Thomas the Apostle Catholic Church, 451 Terra Cotta Ave, Crystal Lake, IL 60014. There will be visitation prior to mass at the church from 9-11 AM. Phil’s cremains will be interred at the VA National Memorial Cemetery in Phoenix, AZ. In lieu of flowers, memorial contributions in Phil’s name should be directed to the American Brain Foundation for Lewy Body Dementia Research or the Tunnel 2 Tower Foundation.

Philip S. Golbeck, 76, of Surprise, AZ, formerly a long-time resident of Crystal Lake, passed away on Saturday, April 16, 2022, at his home surrounded by family and close friends. He was born Oct. 15, 1945, in Elgin the son of Bernard and Nancy... View Obituary & Service Information

The family of Philip S. Golbeck created this Life Tributes page to make it easy to share your memories.

Send flowers to the Golbeck family.