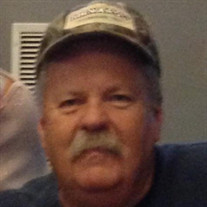 Randall Arthur "Horse" Workman of Hampshire, IL died Friday at St Anthony's Hospital in Rockford. He was born October 15, 1954, to the late Elmer and Gladys (Kennard) Workman. He graduated from Morrison High School in 1972 and later married Debra (Hamilton) Workman. They had one son, Randall Allen, whom preceded his father in death on February 25, 2001. Randy worked in Manufacturing and, through the years, also enjoyed landscaping. His love of the outdoors was evident not only in his work, he also enjoyed fishing and playing golf. He enjoyed all kinds of sports, participating in many league sports himself such as baseball, softball, basketball and bowling as well as watching other sports and participating in demolition derbies at the local fair. One of his son's greatest enjoyments was watching his Dad play baseball and also fishing with him. Randy spent the last 10 years with the love of his life Nancy, living in Hampshire IL. It was during this time that he developed a talent for remodeling and building and learning about classic cars. Randy is survived by his life partner, Nancy Tegtman; stepsons, Chad (Caroline) Rico,& Keith Stout; his sister, Ida Marie Burkamper; a brother, Richard (Sandi) Workman; step grandchildren, Seth, Christian, Evelyn, Ian, Claudia and Ava; and his lifelong best friend, Neil Johnson. He had many nephews and nieces that loved him as well. Preceding him in death were his parents; brother, Bob; and his son, "Little" Randy. Due to Covid there will be a burial service for family and friends at Grove Hill Cemetery in Morrison IL on Sunday, October 11 2020, at 200pm, followed by a Celebration of Life in the Spring. In lieu of flowers, memorials can be made to Special Olympics in Randy's name. Thank you all those that loved and prayed for Randy during his recent illness and hospitalization.

The family of Randall Arthur Workman created this Life Tributes page to make it easy to share your memories.

Send flowers to the Workman family.